The impulses emanating from Luther posting his theses in 1517 in Wittenberg also hit the nerve of Zwickau's citizens. Zwickau was at that time one of the economically most important cities in the Electorate of Saxony. The humanistically oriented council, especially from 1521 onwards with mayor Hermann Mühlpfort, was in close contact with the Wittenberg Reformers. On Luther's recommendation, Thomas Müntzer was active as a preacher at the two city churches from 1520 to 1521, which aggravated and radicalised the situation in the city. Religious and social tensions increasingly overlapped. The situation became particularly dangerous with the appearance of the Zwickau prophets around Nikolas Storch. Müntzer was dismissed, the unrest remained. Luther himself called for peace and order in four sermons between 30 April and 2 May 1522.

As early as 1521, Nikolaus Hausmann was appointed as the first Protestant pastor and from 1529 as the first Protestant superintendent; in 1524 the first mass was read in German, from 1525 onwards all church services were held in German. The monasteries were closed, the monks were expelled from the city. This made Zwickau the second city in the world, after Wittenberg, where the Reformation had prevailed.

Even today you can still discover numerous traces of the Reformation. 16 stations are signposted and offer an exciting setting for your tour - on your own or with one of the Tourist Information's city guides. Zwickau is also a station of the Saxon Lutherweg. This is connected to the walking routes network in Saxony-Anhalt via Bad Düben and the Lutherweg in Thuringia via the Borna-Gnandstein-Altenburg road triangle.

Video: Zwickau - City of the Reformation 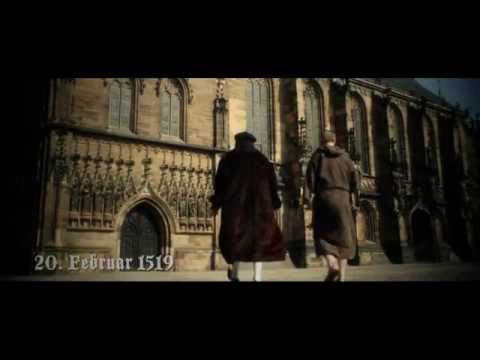