Zwickau is the automotive and Robert Schumann city: Vehicles and vehicle parts have been developed and manufactured here for more than 110 years. The city's most famous son is the romantic composer Robert Schumann. But also the expressionist artist Max Pechstein or the actor Gert Fröbe were born in Zwickau.

The epithet "Auto- und Schumann-Stadt" (Automobile and Schumann city) also makes it clear that in what is now Saxony's fourth largest city, business and art, industry and culture have been closely interwoven for centuries. Martin Römer was not only a successful businessman in the 15th century. He laid the foundation for today's cultural and leisure oases, such as the Kornhaus, now used as the city library, or the Schwanenteichpark, currently the largest local recreation area in the city centre. The industrial boom of the 19th and 20th centuries can be seen in the residential areas of the Wilhelminian and Art Nouveau periods, in new churches or cultural and social institutions that still exist today. And even though the last coal was mined more than 40 years ago - the miner's greeting "Glück Auf!" is widespread and the traditional mountain parade attracts guests from near and far every year during Advent.

The continuity of Zwickau as a business location is astonishing. Innovative battery manufacturers are now based where Carl Heinrich Wolf and Heinrich Friemann led the petrol safety lamp to worldwide success from 1884 onwards. On Reichenbacher Straße, an initially insignificant glue cooking plant started production in 1891. It later gained global recognition after the first synthetic resin was successfully produced. This product is the core business of the Arkema company, which is now located in the Netherlands. The most important economic sector is and remains the automotive industry. The tradition founded by August Horch, which became known through brands such as Horch, Audi, Auto Union and the Trabant, is successfully continued by Volkswagen, numerous suppliers and the Westsächsische Hochschule Zwickau - University of Applied Sciences. 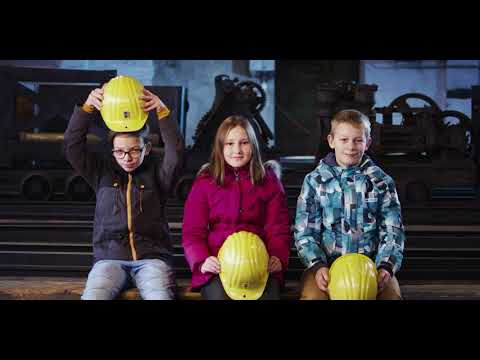